The college identified a need to upgrade an existing dining area that was outdated and underutilized, as well as a desire to address the lack of amenities for communing students on campus. As the design evolved, it became evident that Pratt Commons could play a more significant role than planned originally. Situated adjacent to the primary connection between the commuter entrance and the academic quad, it became the main entry to the campus.

Pratt Commons is situated between a 1970s, eight-story administration building and a circa 1940, three-story classroom building. The use of brick, stone and glass along with its massing enables the addition to Pratt Commons to bridge the varied aesthetics while maintaining the sense of place.

The interior features a food-service facility focused on a stone-clad hearth. The natural materials (stone, ceramic tile, wood) along with carpet create a warm and welcoming environment. A variety of seating options is provided along the open walkway, including areas of soft seating centered on a stone fireplace. 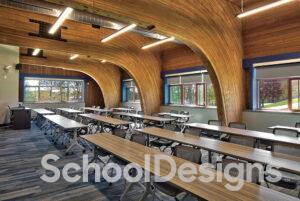 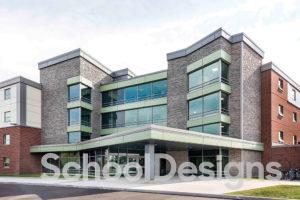 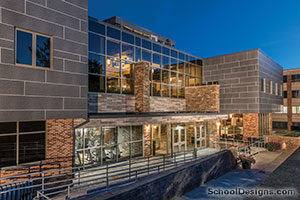 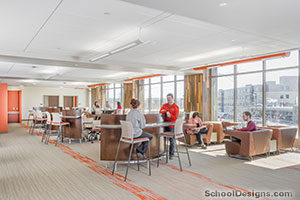 The goal of the Collaborative Learning Center was to combine synergistic functions...