The educational requirements for this 119,600-square-foot, $19 million addition were clear: accommodate growing enrollment, organize grade levels into communities, and create an open and welcoming space.
Memorial Junior High School was constructed in 1945. In 2005, the district decided to move forward on a three-phase, 3 ½-year expansion project. At completion in spring 2009, only 15,500 square feet of the original building will remain.
The addition includes 27 new classrooms, nine science labs, a new gymnasium, multipurpose room, art and band room, and new administrative offices. The new space is divided into three communities for sixth, seventh and eighth grades. Each consists of a spacious commons area, nine classrooms, three science labs, storage space and restrooms.
The challenge was to have the facility remain in full use, with minimal disruption, while incrementally moving students and staff to the new areas and demolishing much of the original building. Thus far, the challenge has been met, the schedule has been kept, and the budget has been maintained. 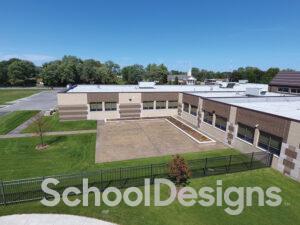 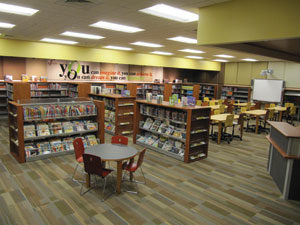 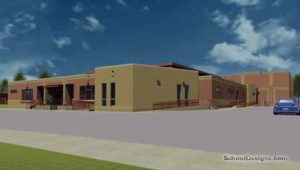