The 110-room, horseshoe shaped building is comprised of one- and two-bedroom suites as well as studios. Units feature a kitchen and either one or two bathrooms, and all except the studios include a living room. Open community spaces in the lobby and basement include couches, chairs, high top tables and televisions, and open to an outdoor courtyard. Study rooms are included on floors two, three and four, and each floor is equipped with a laundry facility.

“This is the fifth project R.D. Olson Construction has completed for Chapman University in the past five years, and we are honored to once again help support the school’s impressive growth with this student housing project,” said Bill Wilhelm, president of R.D. Olson Construction. “Our multiunit and education experience was instrumental in successfully completing this project and helped us navigate construction around the academic calendar.”

The brick exterior, corrugated metal paneling and exposed structural elements reflect the historic aesthetic of Old Towne Orange – the largest National Registered Historic District in California. Located at the corner of North Cypress Street and West Palm Avenue, The K is situated directly across the street from the school’s tennis center and the Dodge College of Film and Media Arts.

Despite an unusually wet winter, R.D. Olson Construction and the design team were able to complete the project in time for the fall semester.

The first new student housing built by the university in more than 10 years, site improvements include new utility feeds, an underground storm water detention basin, retaining and planter walls, asphalt paving and landscaping of the 3.5-acre property. Previously, the site was used for storage and parking. 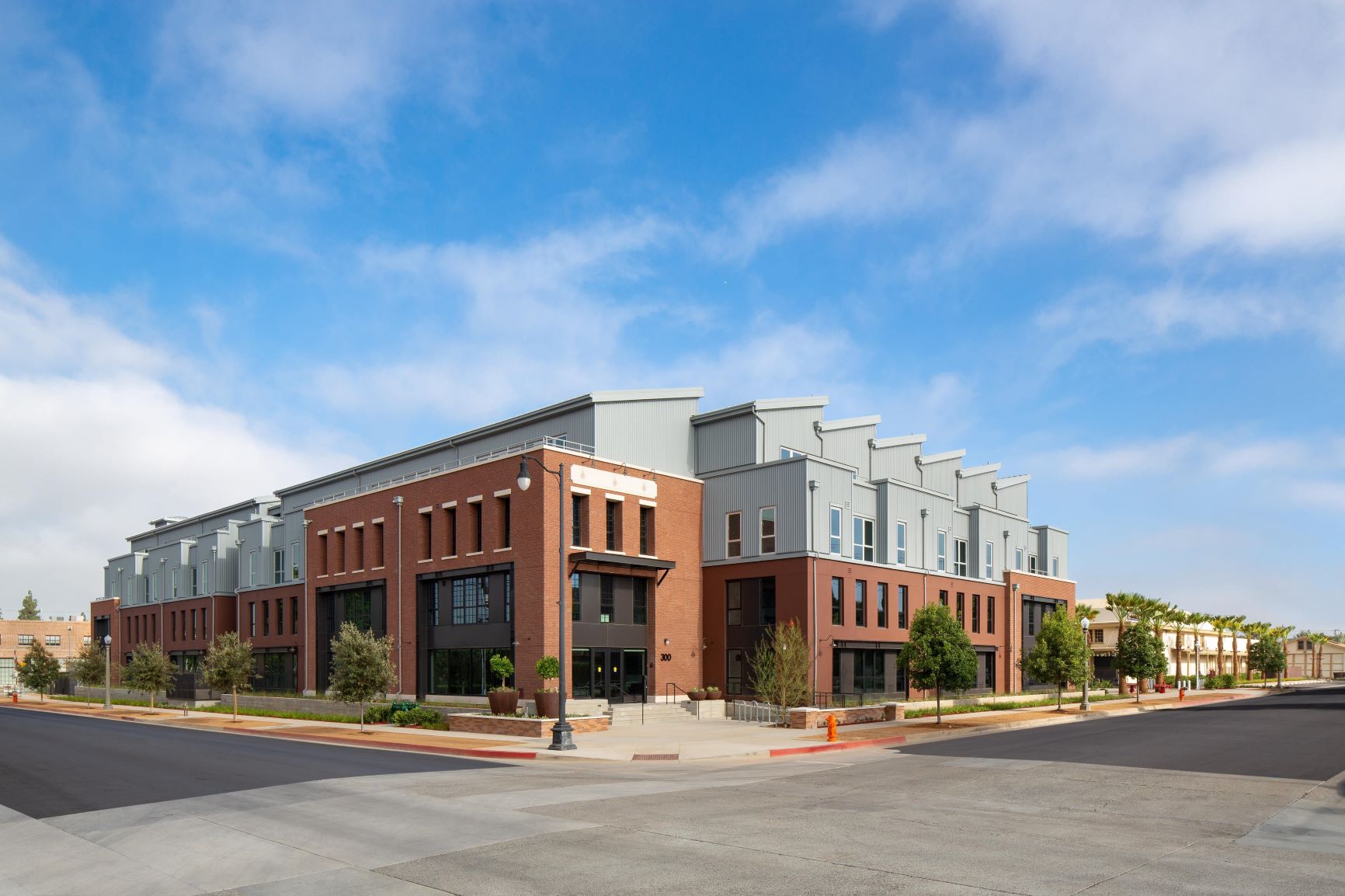 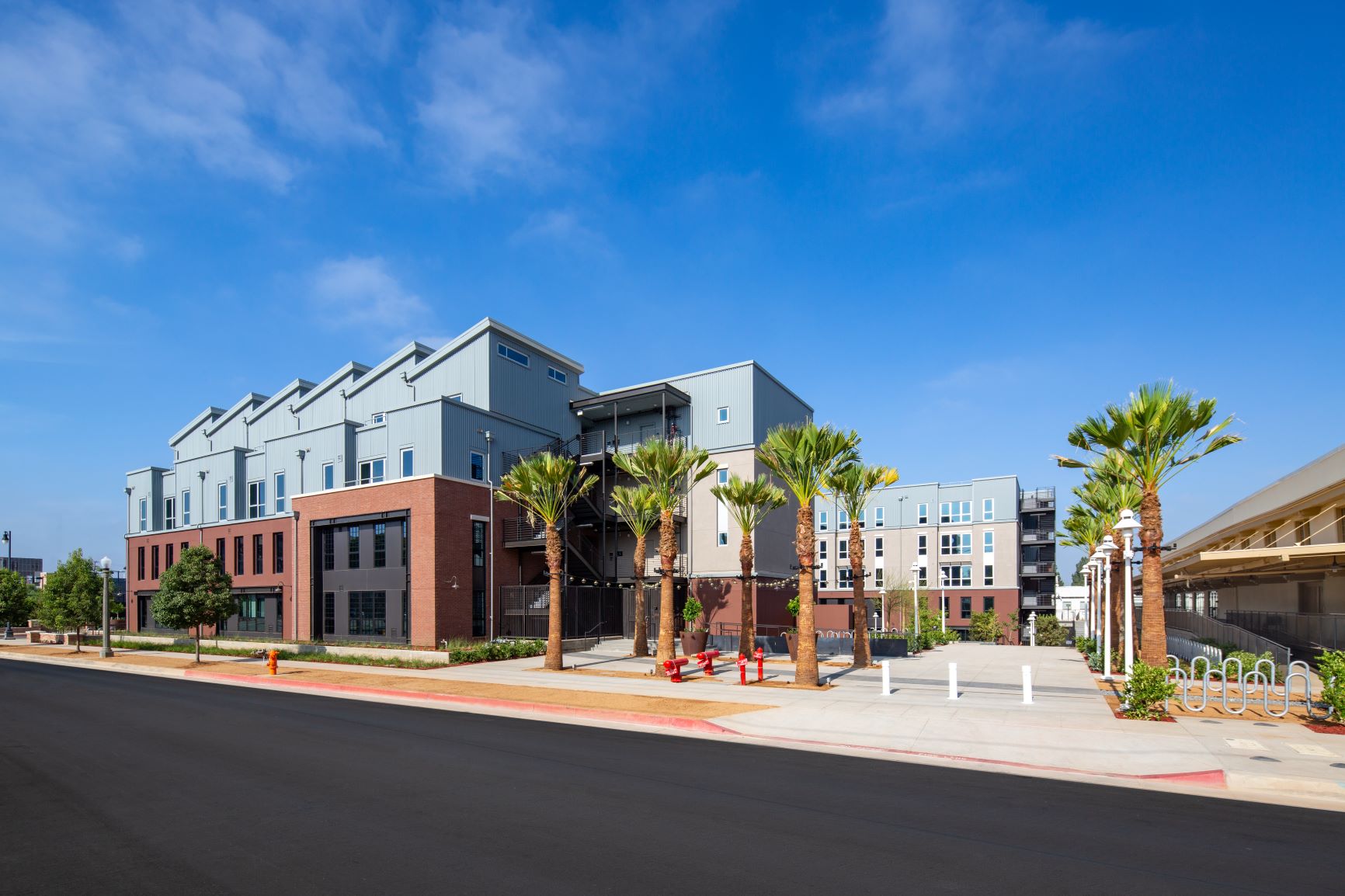 building and is one of the top 40 general contracting firms in California. R.D. Olson Construction is a premier builder of hotel properties for several national hoteliers, including Marriott, Hilton, Hyatt, Ritz Carlton, and Starwood and has a robust portfolio of renovation projects including Atria Senior Housing, Chapman University’s [[topic|title]] 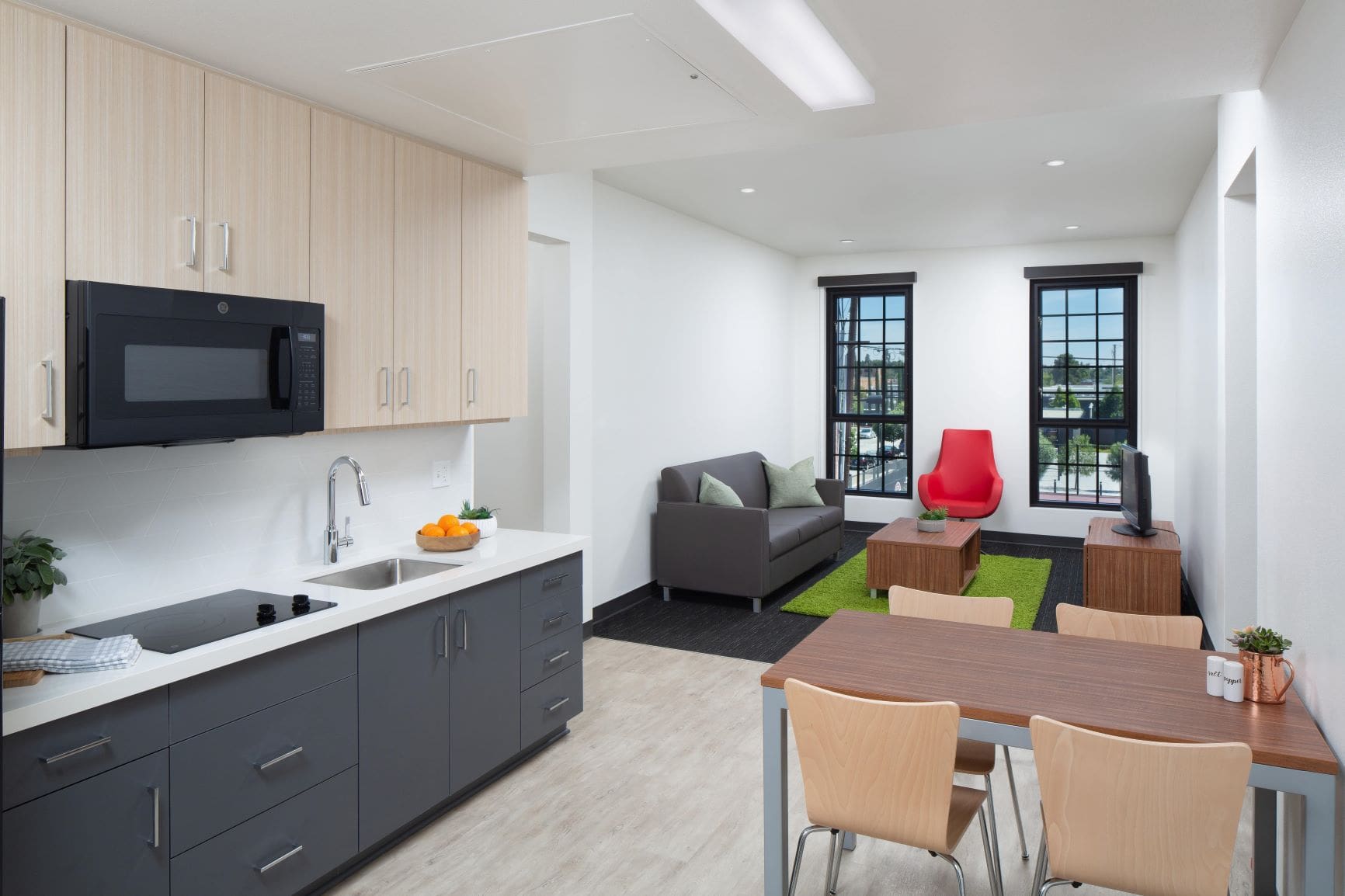 Reeves Hall, the conversion of the historic Bank of Italy Building into the Nomad Hotel, and more. The firm also has a rich history as a builder of office, retail, restaurant, multi-family, education, senior living and recreational projects. www.rdolson.com