Current CEO Bill Payne, AIA, who has served in that role since 2014, will remain as chairman of the board and as a project executive for the firm’s Indianapolis, Ind. office. 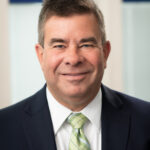 “Tim is the perfect person to lead Fanning Howey into the future,” said Payne. “He is passionate about serving students and educators. During his 31 years at Fanning Howey, he has been the driving force behind many of our most innovative projects.”

Lehman has spent the last 31 years of his career focusing on the design of K-12 and higher education facilities. His recent project experience includes the Tri Star Career Compact in Celina, Ohio, the Columbia City High School in Columbia City, Ind., and the West Point Elementary School on the campus of West Point Military Academy in New York. Lehman is a graduate of the University of Toledo and of the ACEC Ohio Rising Leaders Program.

Miller will succeed Bruce Runyon, AIA, as chief operating officer. Runyon will remain on the board and will continue to serve as a project executive for the firm’s Dublin, Ohio office

Miller will draw on his decades of experience managing K-12 and higher education facility projects. He has spent 26 years working in Fanning Howey’s Indianapolis office and has a bachelor of architecture from Ball State University and a bachelor of science in quantitative business analysis from Indiana University.

Miller has worked with clients in more than a dozen states, completing projects such as Columbia City High School in Columbia City, Ind., the British International School of Houston in Katy, Texas, and the renovation of Bryce & Ott Halls for Indiana University-Purdue University-Indianapolis. 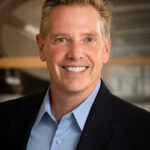 “Andy and I will work closely together to ensure that Fanning Howey stays on the forefront of educational facility design,” said Lehman. “Along with the rest of our new ownership group, we will continue the firm’s 61-year focus on supporting thriving educational communities.”

The appointments will become effective on June 30, 2022.