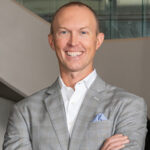 Lewis has held a variety of leadership roles at Henderson since he joined in 2004. He has been a project manager, project engineer, venue practice director, director of practices, and most recently as the company’s chief sector officer.

“We are now aligning our design and construction expertise across vertical markets into five specialized sectors,” Lewis says. “Through this structure, we offer clients and partners a single source for engineering and turnkey construction management services. Our goal is to lead the industry with our approach to client experience.”

Henderson’s new sectors include nationwide experts from both Henderson Engineers and Henderson Building Solutions who specialize in the building types within that sector. Henderson named an executive to lead each sector who will work collectively with firm’s executive leadership team. 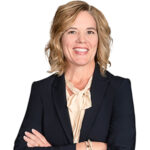 Lewis succeeds Smith, who served as Henderson’s CEO & President for nine years. He played a pivotal role in helping Henderson land some of the largest projects in company history and was a founding member of KC Global Design, a collective of design firms and leaders focused on elevating Kansas City’s reputation in the world of design.