Raleigh, North Carolina, September 13, 2018) – Construction has begun on Fitts-Woolard Hall, a new $150 million engineering building on Centennial Campus at NC State University. Skanska USA is the general contractor building the facility. Designed by Clark Nexsen, the new 224,000 square-foot facility will provide an innovative facility to help accommodate that growth and further position the University as an international leader in engineering education.

“Fitts-Woolard Hall will be a state-of-the-art facility that truly supports our vision of collaborative, interdisciplinary instruction, research and innovation,” states NC State University Chancellor, Randy Woodson. “This project is vital to the future of the College of Engineering.”

The design is driven by a commitment to “engineering on display.” The four-story building is designed with two entrance lobbies. These are connected by a wide corridor with views into the engineering labs and open stairs. These views will encourage campus pedestrians to pass through the building and allow the school to showcase its ongoing work. The main entry will be flanked by a structural testing lab, senior student project space, and large-scale driving simulator, all which will be visible on the exterior and interior of the building.

Throughout the four-story facility, collaboration and interaction will be supported through high degrees of transparency. Stairs at each end of the building will act as connecting threads between floors and reveal the building’s structural and mechanical systems as an additional instructional tool. The building will comprise heavy and light labs for research and teaching, classrooms, grad spaces and administration offices.

With more than 100 classrooms and laboratories, Fitts-Woolard Hall will house the Department of Civil, Construction and Environmental Engineering and the Fitts Department of Industrial and System Engineering. Fitts-Woolard Hall gained its name as the result of a $25 million joint gift from alumni Edward P. Fitts Jr. and Edgar S. Woolard Jr., the largest given for a campus building naming in NC State’s history.

Fitts graduated from NC State with a bachelor’s degree in industrial engineering in 1961 and is the former president and CEO of Dopaco Inc., a packaging company he founded in 1979. Woolard, a graduate of NC State in 1956 with a bachelor’s degree in industrial systems engineering, is a former chairman and CEO of DuPont and former chairman of the board of Apple Inc. 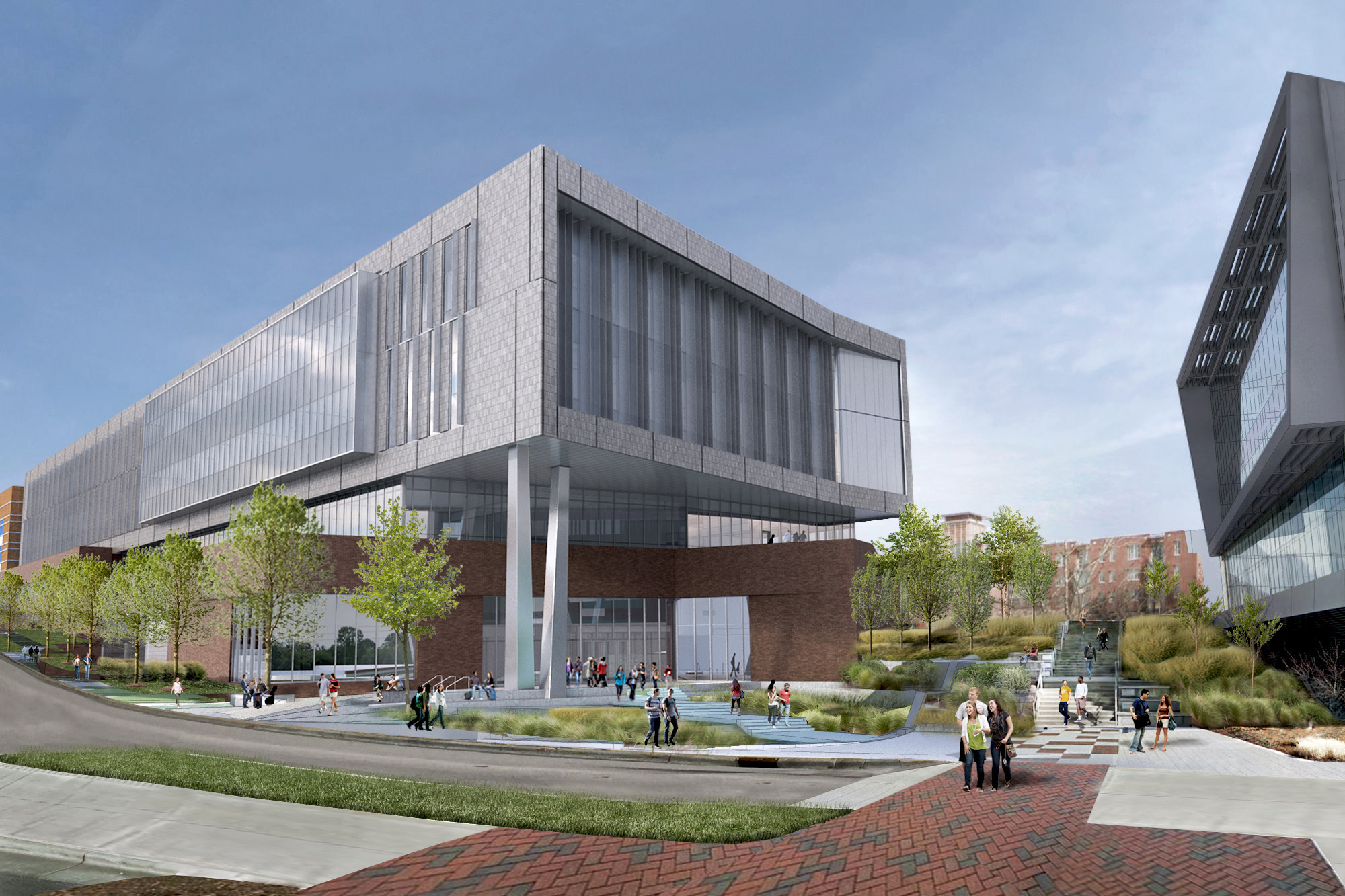