This project is a two-story bioscience building planned for Blue Ridge Community College (BRCC).
The two primary design goals were to create a central collaborative student zone within the bioscience building and to design the building as a showcase for bioscience education. This new facility is particularly important to BRCC’s efforts to partner with industries in the region to develop cooperative educational programs.
BRCC also was adamant that the building coexist with the rest of the campus. As such, the exterior language meditates between the simple, one-story buildings on the east side of campus, and the more exuberant two- and three-story buildings on the west side of campus. The predominant material is brown brick similar to adjacent campus buildings, and the windows and curtain walls are clear anodized aluminum similar to the newer buildings on campus. Dark bronze steel channels placed horizontally at floor lines and vertically periodically break up the large expanses of brick to mimic the pattern of the dark curtain wall and metal panels on the older buildings. 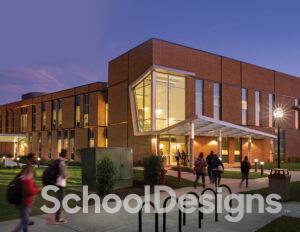 The additions and renovations to the Student Life Center (SLC) at Virginia... 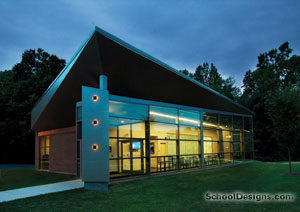 Central Virginia Community College’s School of Culinary Arts was planned as a... 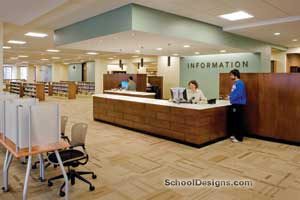 Leyburn Library is one of the primary venues on Washington and Lee’s...